This example shows an E minor chord played as an eighth note strum.  The beats are downstrokes and the offbeats are upstrokes.  The strumming alternates between down and up.  As you play this count 1 - and - 2 - and - 3 - and - 4 - and

You may encounter music notated with down and up arrows like the previous example showed.  You may also encounter the following symbols below.  These are often used with standard music notation or tab notation to specify a down or up strum or pick.

This example is the same as the previous example except the chord is now a D open string chord and the music is notated with the alternative strumming symbols.  When you play this you should still count to yourself 1 - and - 2 - and - 3 - and - 4 - and. 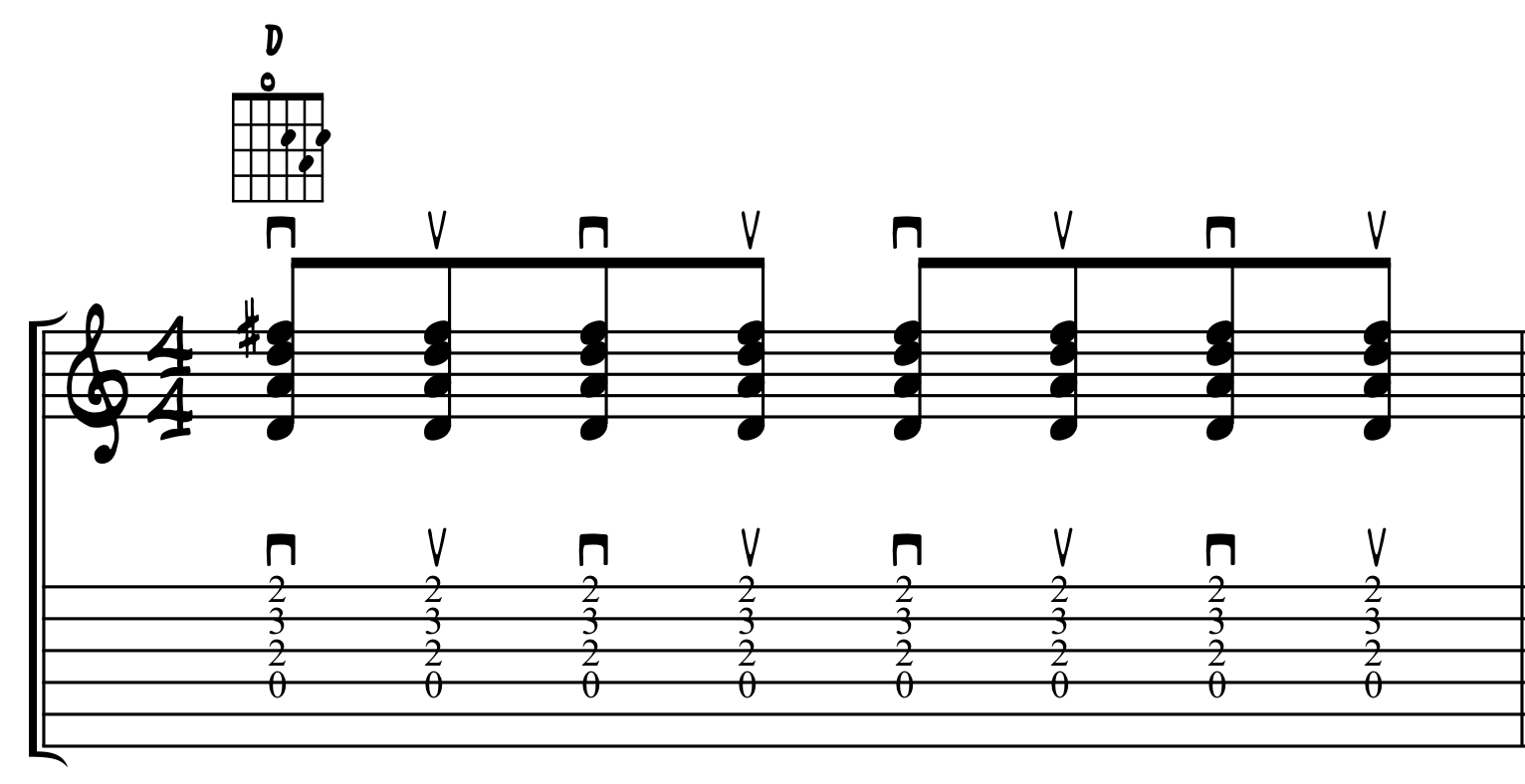 Up until this point the strumming examples have shown the chord being strummed for all eight subdivision notes.﻿  What if we want to play only some of the eighth note subdivisions?  We can mix and match the actual strums.  We'll still apply the rules above though.  Any strum on a beat is down and any strum on an offbeat is up.  This example shows a strumming pattern with eighth notes on beats 2 and 4 while beats 1 and 3 are played as standard quarter notes.

This example uses the alternate notation and places the eighth note strums on beats 2 and 3 while 1 and 4 are strummed down only as quarter notes. 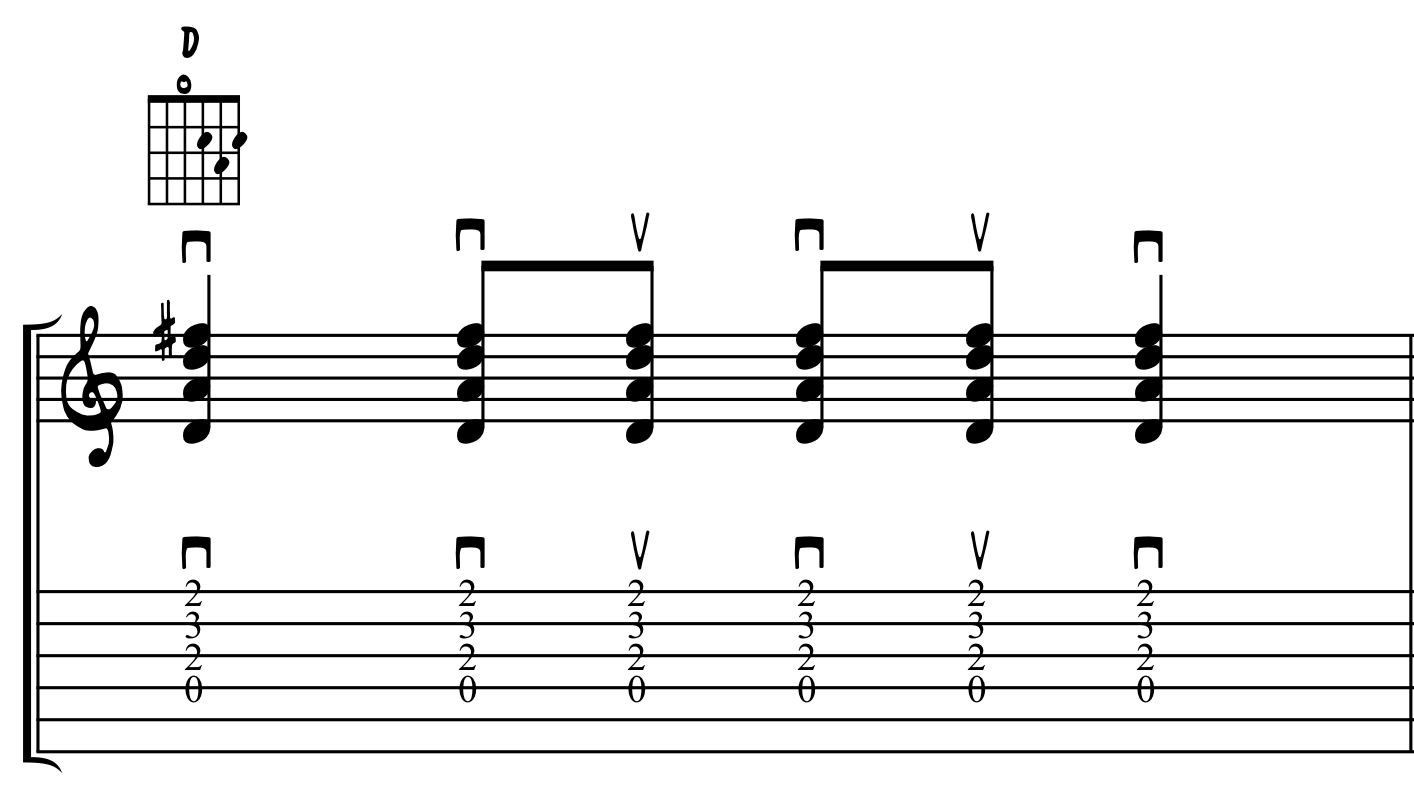 By mixing and matching when you strum, you can see that you open up a lot of possibilities with just the simple eighth note subdivisions.  Try playing around with different combinations while always applying the strumming rules.  Try playing a ska or reggae ﻿﻿type beat by only playing the offbeats with an upstroke.  Or try and play every 3rd eighth note in the measure.  Write down your patterns on a blank tab with arrows appropriately to help this sink in even further.