Most songs are generally longer than can fit on one line of tab.  Songs also tend to be very repetitive.  This lesson will discuss how to follow the songs flow on a sheet of tab.  Since this is a common thing in standard music notation, tablature steals most of the repeat and flow symbols from that notation.

Tab reads just like a sentence in a book.  Left to right then drop down to the next line, left to right and so on.﻿

Even though we can't show rhythmic values on standard tab we can try and group phrases and riffs into measures.  Music measures, measure time and break an overall song into small timed chunks.  You can think of this like a cookie recipe that calls for 4 cups of flour.  Each cup is a unit of measurement and it takes 4 cups to make the overall cookie dough.  In music we might need 4 measures to make up the whole song. This allows us to separate the music into measures that are appropriate for the songs time signature.  If we are playing in 4/4 time, we have 4 quarter notes per measure.  ﻿

In standard music notation and tablature a measure is identified by two vertical bar lines on the staff.  The distance between the 2 bar lines is a measure. 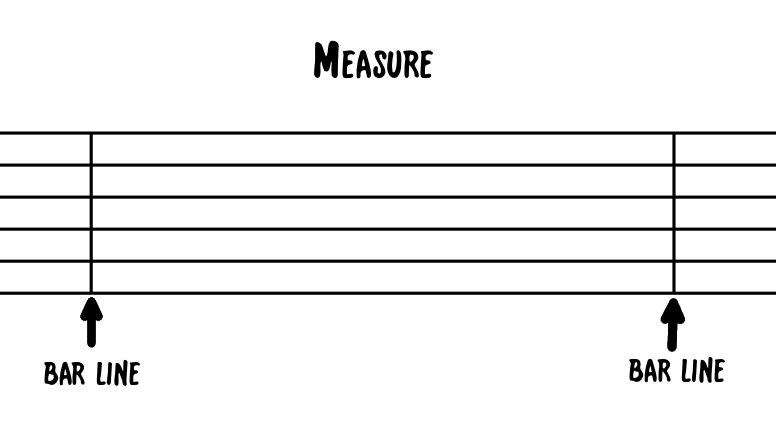 Writing tab can be tedious and so if a phrase or riff repeats we can use a measure repeat symbol so we don't have to write the part over and over.  The measure repeat symbol looks like the division symbol in math and is placed inside a measure on the staff.  This symbol tells the player that they should repeat what they just played in the previous measure.

Ever heard a song where they play the verse followed by the chorus and then do that again?  There's no need to rewrite the verse and chorus again.  Simply use a standard music notation repeat.  This symbol looks like a double bar line with a couple of dots in front of it. 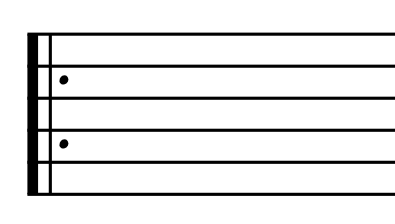 Repeats With a Twist

Sometimes a song repeats but the end of the repeated section differs or changes.  You could simply just rewrite the part again and add in the different end of the section or you could use an "ending".  An ending is a special repeat that tells you to repeat back but on the second time around you should jump to the second ending.  En ending is noted by a horizontal line above the staff.  The ending is typically placed over a measure or two but it could go for as long as needed to make the repeated section of the song work.  You can end up with 1st, 2nd, 3rd, etc. endings depending on the song.  Make sure that on the repeat you don't play the music under the 1st ending but you jump directly to the 2nd ending.

When you get to the end of the song, there is a symbol that specifies you're finished.  This symbol looks like the repeat symbol without the dots.  When you reach this point of the song you can congratulate yourself on a job well done. 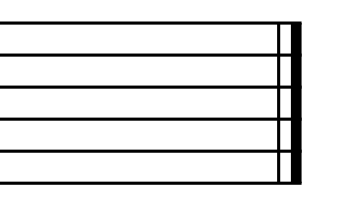